On our 40th anniversary!

In 2019, St. Margaret's celebrated its 40th anniversary by honoring the Tartan spirit of growing, leading, innovating and moving forward that existed from the beginning and continues today.
St. Margaret’s 42 years of incredible growth and extraordinary student success are the fruits of our longstanding Tartan can-do spirit, shared values rooted in our Episcopal identity, love for what is best for children as they learn and grow, and a unity in our mission to educate the hearts and minds of young people for lives of learning, leadership and service.
We are deeply grateful for and remain motivated by all those who came before, inspired by the vision of our founder, The Reverend Canon Ernest D. Sillers, to build St. Margaret’s to the school and community it is today. Together, we have done great things to advance St. Margaret’s and best serve our students.
Let’s continue this upward trajectory commemorated on our 40th  anniversary year!
On October 1 each year, we pause to wish "happy birthday" to Tartans everywhere, and we keep moving forward, together!
Will Moseley
Head of School 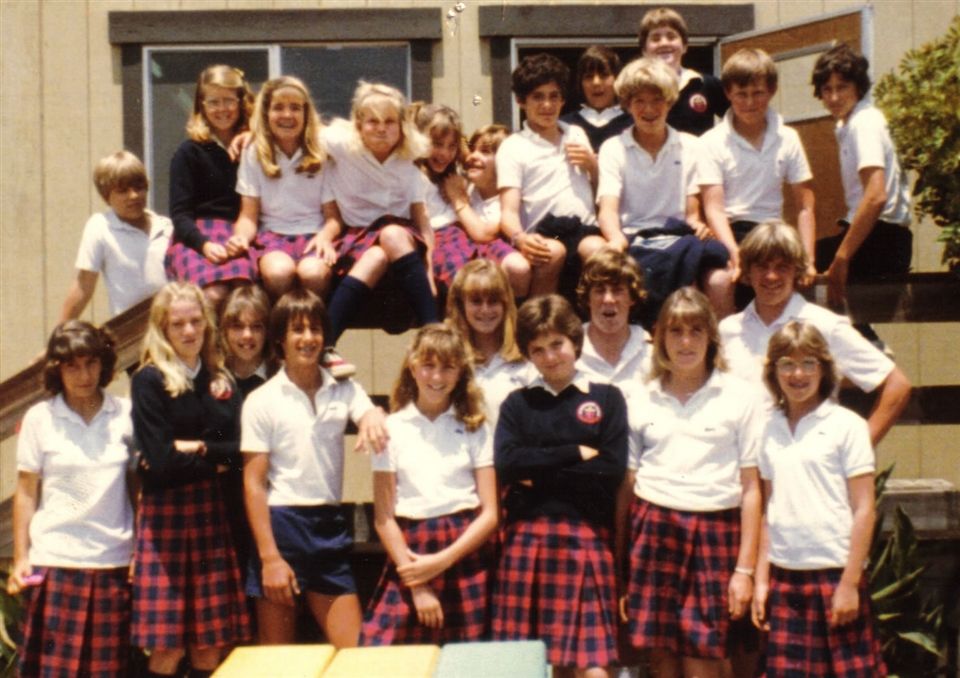 Share your special Tartan photos, video clips, written memories and personal tributes that helped define your time as a Tartan. Please email content to communications@smes.org, and we will share it with our community through 40th anniversary stories, media galleries and social media posts.
You can also share your Tartan history directly on social media too! Find us on Facebook, Instagram, Twitter, tag St. Margaret’s and use the hashtag: #SMES40Forward
Mail to:
Communications Office
St. Margaret’s Episcopal School
31641 La Novia
San Juan Capistrano, CA 92675

The uniqueness of these 40 years of St. Margaret’s is that we’ve never been stuck in our glory. We’ve always been striving to do better, to hold onto our best, while realizing the importance of preparing for and embracing the future.

Founded in 1979, St. Margaret's Episcopal School is situated on a picturesque 22-acre campus in historic San Juan Capistrano, nestled among gently rolling hills three miles from the Pacific Ocean. The Reverend Canon Ernest D. Sillers, an Episcopal priest with a deep passion for education, founded St. Margaret's Episcopal Church and School. Father Sillers was certain in his vision: a college-preparatory school that nurtures a student's mind, body, spirit, and social and moral development establishing a solid foundation for a happy, healthy and meaningful life. St. Margaret’s is celebrating its 40th anniversary year as a leader in the Orange County community and educational landscape of the nation.


Head of School William N. Moseley joined St. Margaret’s in 2013, and the school has experienced continued and transformative growth and development. In 2016, the Board of Trustees and Mr. Moseley together unveiled a bold and visionary values-based Strategic Plan for the future of the school. The school has utilized elements of design thinking to implement the plan putting students at the center of its innovation strategy model, yielding significant program enhancements, including student health and wellness initiatives, interdisciplinary studies, experiential educational programs, growth of STEAM and entrepreneurship curriculum, and a revamp of the service learning curriculum. This strategic planning process has evolved today into a unique and ongoing Innovation Strategy.

The Maseeh Middle School campus and an expansive outdoor campus center, the Highlands Quad, opened in the fall of 2015, and the Johnson Wallis Visual Arts Center opened in August 2017. Mr. Moseley also has focused the community on the importance of the endowment fund, which has grown fivefold, from $3 million to more than $18 million, in the less than a decade.

Opened on October 1, 1979, St. Margaret's welcomed 79 students attending kindergarten through grade six in temporary buildings. The Early Childhood School opened in 1981 and by June 1986, when Father Sillers addressed the first graduating class, students were enrolled in early childhood through grade 12.

As an Episcopal school, St. Margaret's was named to honor the 11th century Queen Margaret of Scotland, Patron Saint of Education. Befitting its namesake, the school carries many Scottish traditions including Highland bagpipers processing in full regalia at formal ceremonies, student teams competing as The Tartans, the Scottie Dog Lower School mascot and the Ramsay tartan seen in the school uniform and throughout campus.

St. Margaret's welcomed its second headmaster, Markham B. Campaigne, in September 1986. During his 17-year tenure, the school grew to 1,200 students and expanded its traditional mission-styled campus to include new classroom buildings, science labs, athletic facilities, including the Gateway Building, Campaigne Center and a comprehensive library.

A tradition of academic distinction, athletic championships and artistic acclaim grew and has sustained through exceptional professional community, extraordinary students and dedicated families committed to educational excellence and integrity.

Under the guidance of Marcus D. Hurlbut, St. Margaret's third headmaster, 2003-2013, campus expansion continued, while vigorous academic preparation and moral development remained hallmarks of a St. Margaret's education. A new Upper School campus was established with the construction of the DeYoung Family Math and Science Center and renovation of the Stoddard Humanities Building, as well as the addition of the Tartan Field, Pasternack Field House and the world-class, 55,000-square-foot Performing Arts Center, which opened in 2012.

With technologically-advanced learning environments and a spirit of excellence and innovation in everything we do, Father Sillers' philosophy of educating the whole child endures in an updated 21st-century learning approach. As graduates matriculate to a broad range of colleges and universities in the nation and around the world, they join more than 2,400 alumni who draw inspiration, purpose and vision from their St. Margaret's foundation as they learn, lead and serve in the world, just as Father Sillers intended 40 years ago.

"A solid foundation assists a child to find strength when tested."